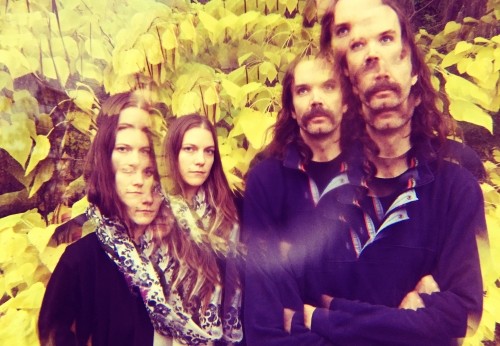 A Hawk and A Hacksaw began in 2000 in the small town of Saumur, France. Initially a solo vehicle for Neutral Milk Hotel drummer Jeremy Barnes, the main impetus of the project was to focus on the gray areas in borders of music and geography. The first album was released in 2002 by Cloud Recordings. Barnes met violinist Heather Trost in 2004 and the band became a duo. The pair has since released six albums, and toured extensively around the world. They have learned from and collaborated with some of the great musicians of Romania, Hungary, Bulgaria and Turkey. The duo has been invited to tour with Swans, Calexico, Wilco, Andrew Bird, Portishead, Of Montreal and performed at Roskilde, Pitchfork Music Fest, and All Tomorrow’s Parties. They also collaborated with Iggy Pop on the reworking of a classic sea shanty.