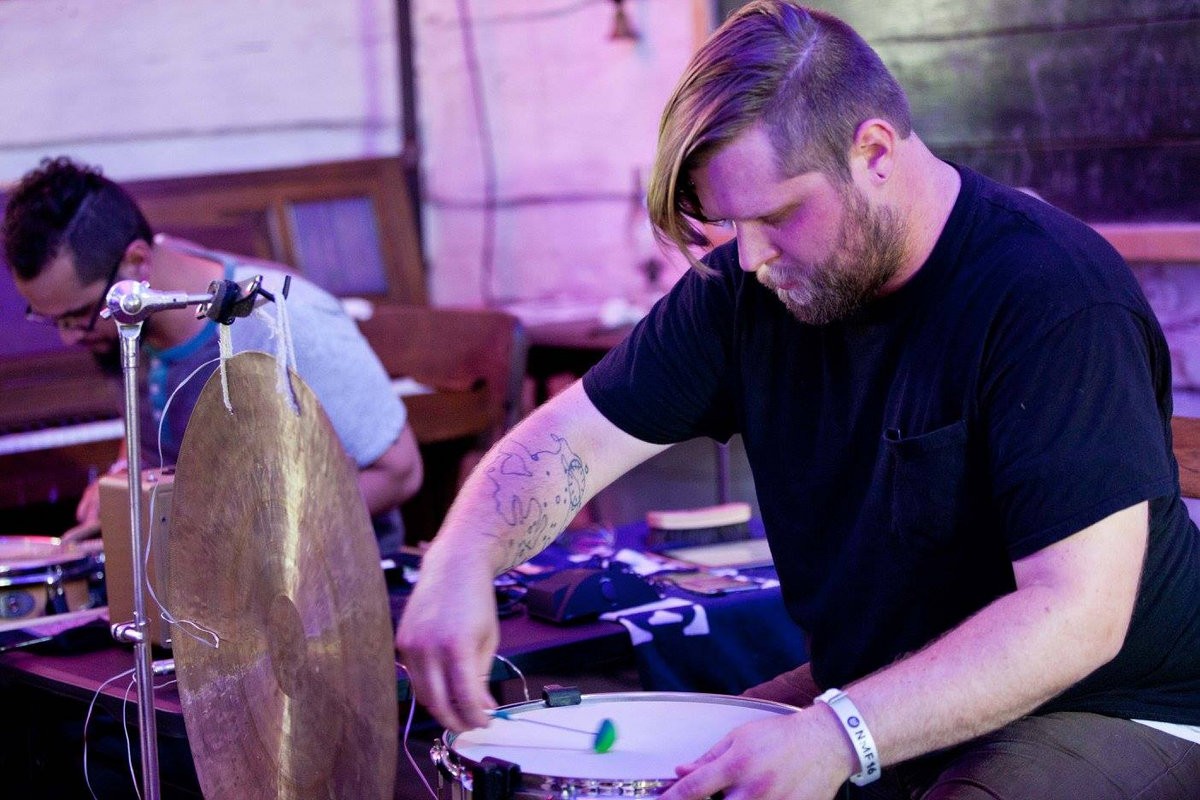 Aaron Michael Butler is a percussionist/composer currently based in Athens, OH. He regularly presents concerts of contemporary solo and chamber music, and has been active in the creation of new works through commissioning composers of his generation. Recent performance highlights include the 2013 Athens International Film Festival, 2012/14 Percussive Arts Society International Conventions, the 2014 Ohio University World Music and Dance Festival with marimbist Pei-Ching Wu, a performance with Luciano Chessa’s Orchestra of Futurist Noise Intoners in 2015, and the 2016 Nelsonville Music Festival. In 2010 Aaron founded the NOBROW.collective; in conjunction with the Athens International Film Festival NOBROW has commissioned Deep Earth – a large-scale, multimedia work – from composer Matthew Burtner which was premiered in April 2014.