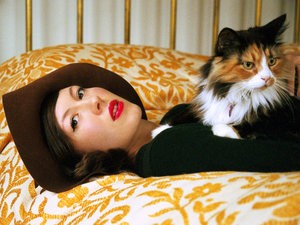 Portland, Ore., singer-songwriter Alela Diane wrote much of her latest album while touring in Europe, and the effect is palpable: Her material is rich with echoes of the melancholy British folk tradition (think Nick Drake and Richard Thompson), as well as Celtic flair that recalls mid-period Van Morrison.