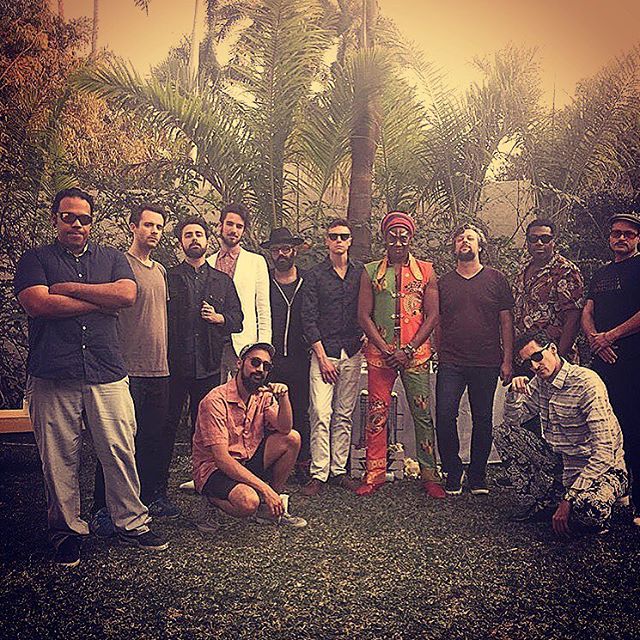 The musical collective known as Antibalas (Spanish for bullet-proof or anti-bullets) was conceived of in Mexico City and formed in Brooklyn New York by Martín Perna in the fall of 1997. The early nucleus of the group was composed of Perna and later included several other members (Gabriel Roth, Michael Wagner, Del Stribling aka Binky Griptite, Victor Axelrod, Fernando Bugaloo Velez, Anda Szilagyi) from the Soul Providers / Dap Kings band. They performed their first show in May 1998 at St. Nick’s Pub in Harlem NY.