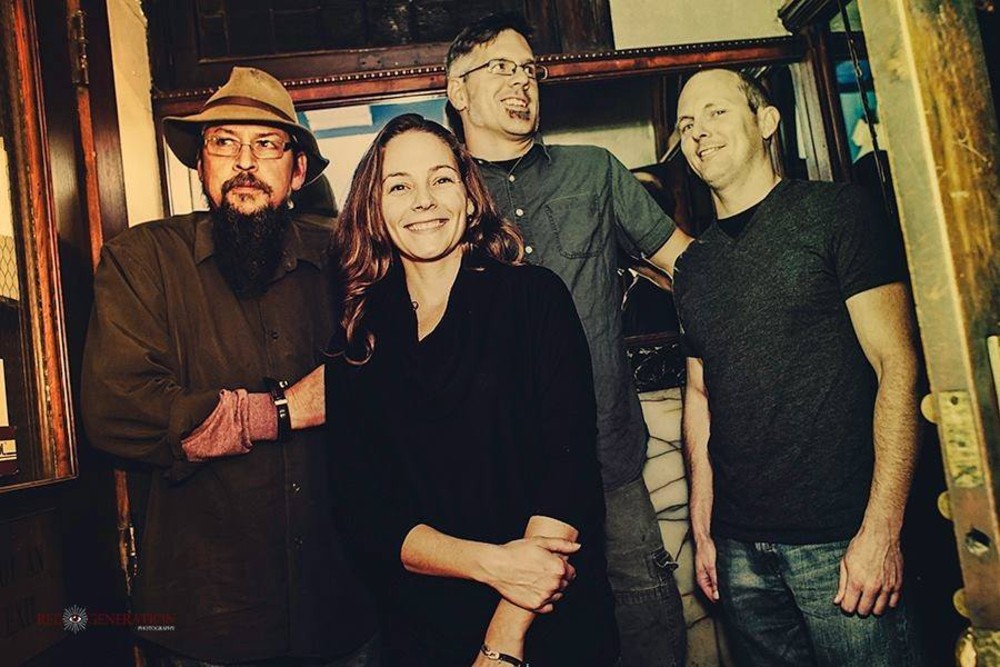 Like heartwarming graceful harmonies with a crunch of crisp October leaves, Apple and the Moon’s rootsy organic sound is as versatile and manic as Midwest American weather can be. Mixing and melding elements of porch pickin blues, back country folk, heartland honesty and gritty street stained rock, Elena Aiello (vocals, guitar), Nick Collura (guitar, vocals), Todd Parish (drums, vocals), and Mike Makosky (bass,vocals) have mined and forged an original and fresh sound all their own as lush as hemlock and as real and strong as the very coal that lies hidden within the hills of their Appalachian home. Formed in southeastern Ohio around 2014, Apple & The Moon persistently continues to carve out their musical path by bringing many top-notch booty shakin, toe tappin, drink raisin and soul satisfying songs to any venue where they perform.