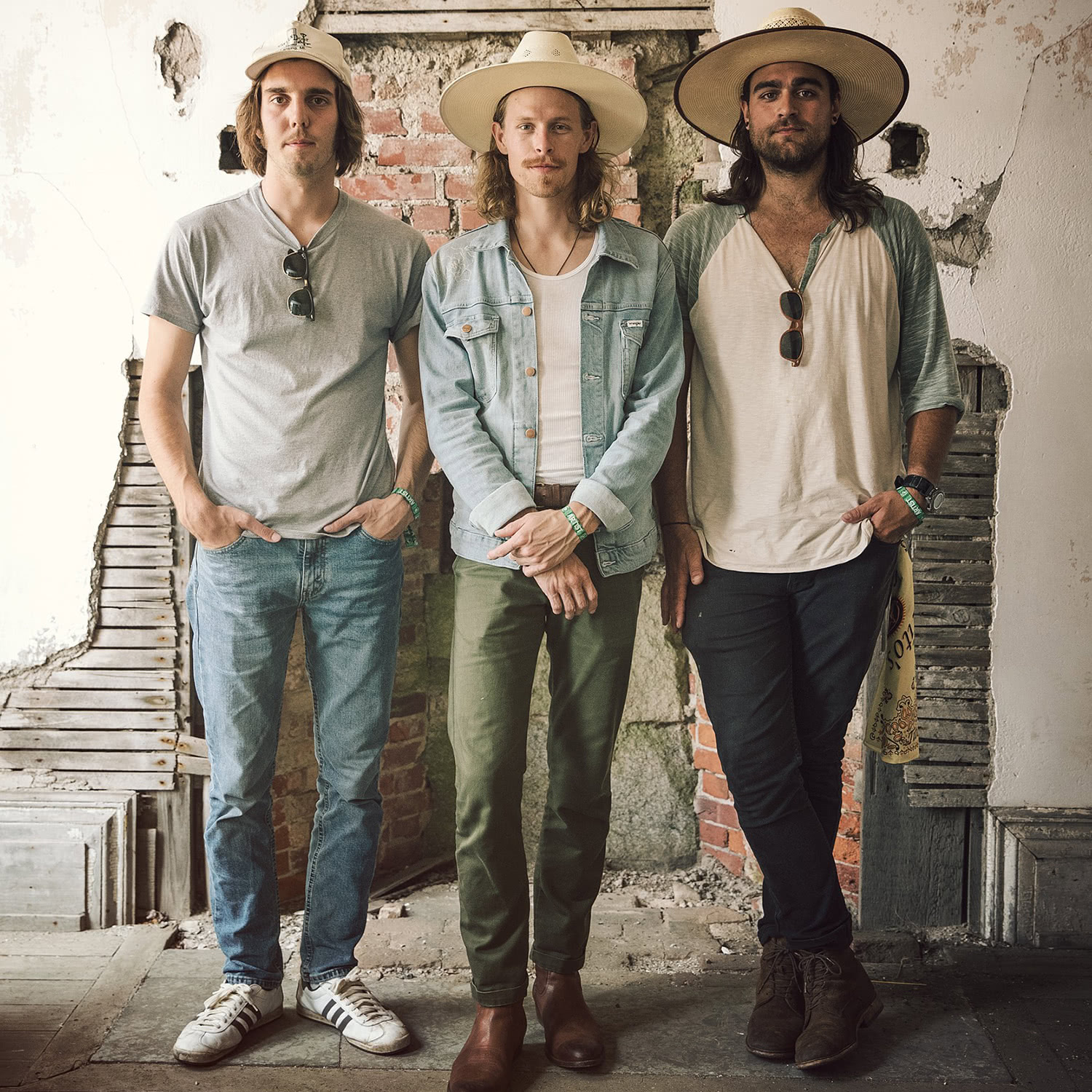 Started by boyhood friends Evan Westfall and Taylor Meier, CAAMP came to life in Athens, Ohio. Taylor began penning and playing original songs at coffee shops around Athens in 2013. Evan moved down a couple of years later and together in a hazy attic, enjoying light beers, they would find the heartfelt sound that became CAAMP. Since independently releasing their self-titled first record in 2016, they have climbed Spotify charts, headlined the US, purchased denim jackets, and added a bass-playing buddy, Matt Vinson- who also enjoys light beers and denim. With the recent release of their third album “By and By,” the Ohioan trio has high hopes and no reservations.