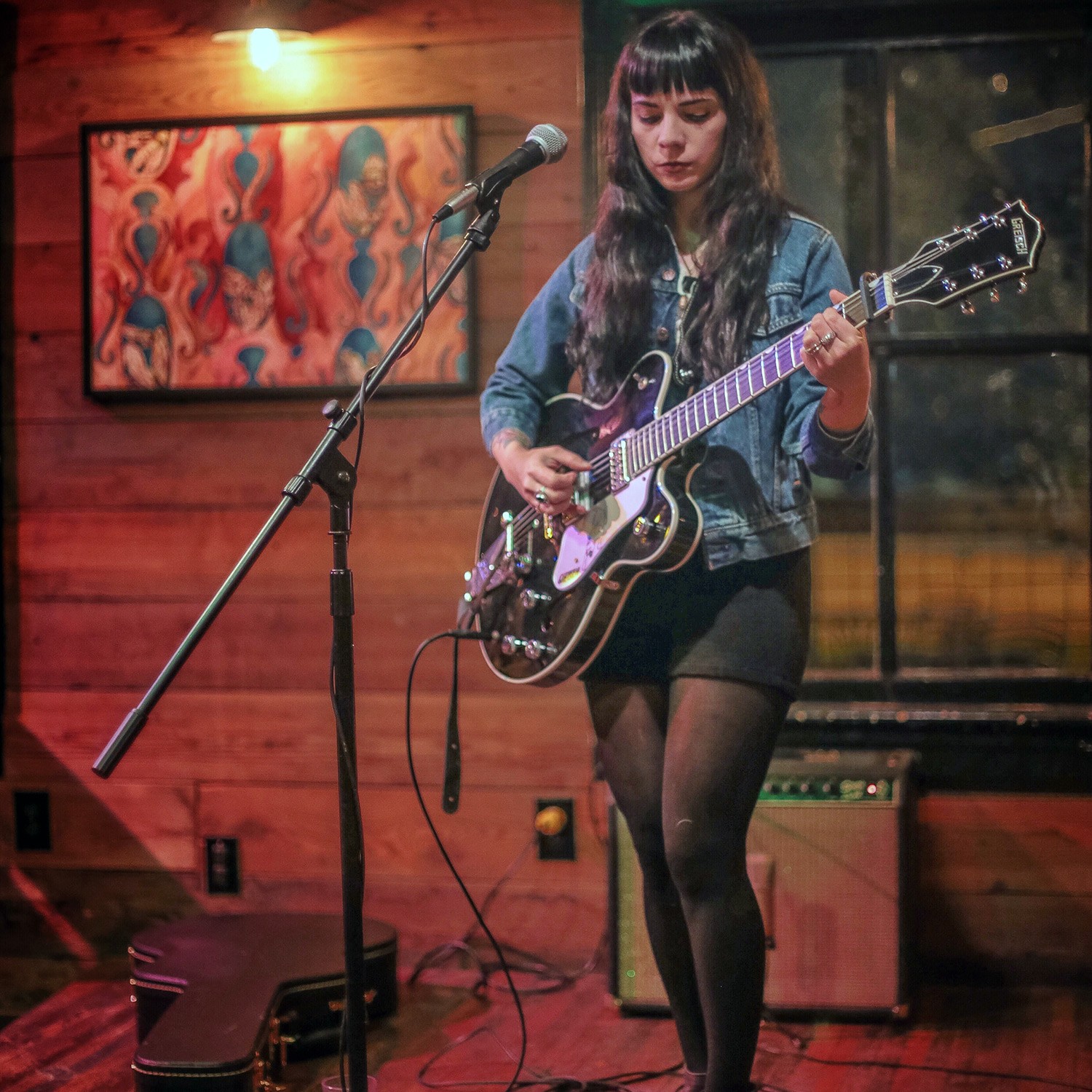 Originally from Columbus, OH, Caitlin Kraus is a singer and songwriter living in Athens, OH. Kraus has performed her music solo and with a band over the past decade. Her music is melodically influenced by folk-rock and largely lyric-based, often centered on the act of emergence and transformation. In 2016, she released a self-titled 7″ record on label Keeled Scales based in Austin, TX where she lived for five years and is on the verge of releasing her full-length album recorded at Peachfork Studios in Pomeroy, OH. When not writing music or performing, Kraus works as a counselor and music therapist for adults in the mental health field. The virtual NMF performance features bassist Matt Box and drummer Mark Hellenberg of Athens, OH.