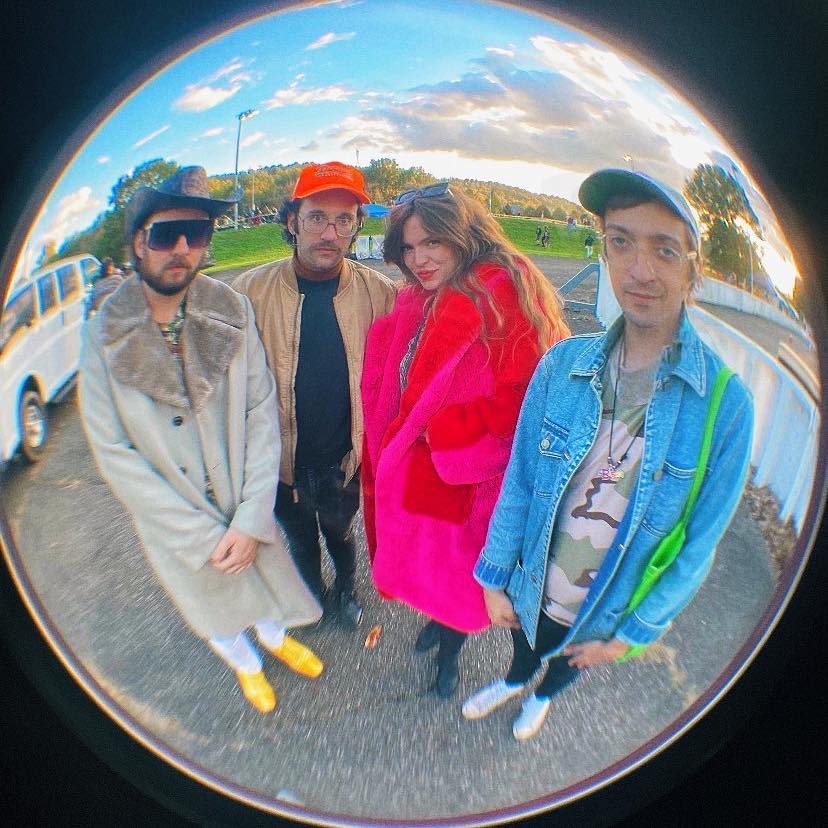 The increasingly inventive punk rock outfit DANA was formed by singer Madeline Jackson, in an effort she describes as “purely survival driven” in 2016. The band would go on to release their self-titled debut record in 2017 (Heel Turn Records), the Chaos Promo EP in 2018 (Quality Time Records) and their second studio album Glowing Auras and Black Money (produced and engineered by guitarist Chris Lute) in the fall of 2019 (Heel Turn Records). The latter earned praise as a “grungy, punky, messy affair, a trashy and tumultuous fight between genres” (Music Tap) and as a “noisy, skronking good time” (MRR).

Dubbed a “Band to Watch” and “the best band in Ohio”, DANA carries on the tradition of bands like The Stooges, Brainiac, and DEVO, and hometown exports Psychedelic Horseshit, Times New Viking, and Cheater Slicks “with that distinctive weirdo DNA common in Midwest goons, freaks, screwballs and artsy fartsies.” Ever earnest, always fun, chaotic and cathartic – the DANA live show is something to behold. DANA is Madeline Jackson (theremin, vocals), Chris Lute (guitar, vocals, synth), Brian Baker (drums), and Dan Matos (bass).