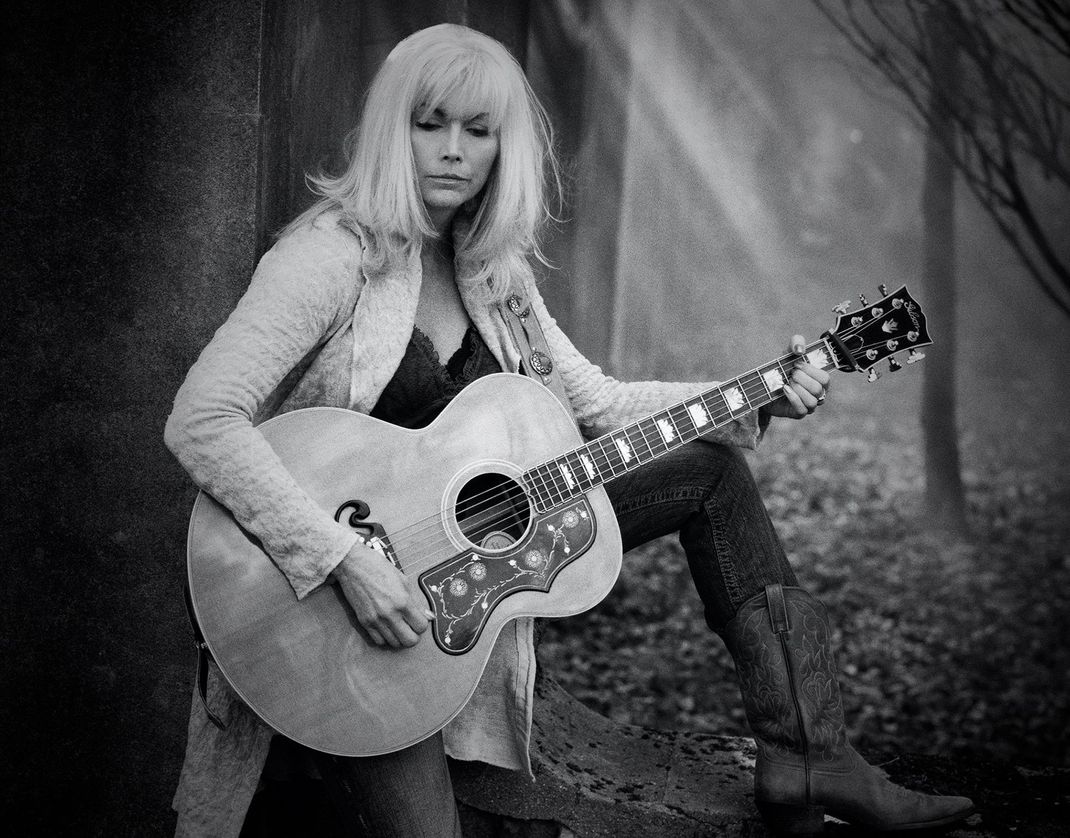 Already celebrated as a discoverer and interpreter of other artists’ songs, 12-time Grammy Award winner Emmylou Harris has, in the last decade, gained admiration as much for her eloquently straightforward songwriting as for her incomparably expressive singing. On Hard Bargain, her third Nonesuch disc, she offers 11 original songs—three of them co-written with Grammy– and Oscar–winning composer Will Jennings—that touch on the autobiographical while reaching for the universal. She recalls the storied time she spent with her mentor Gram Parsons (“The Road”) and composes a sweet remembrance of the late singer-songwriter Kate McGarrigle (“Darlin’ Kate”) and the time they spent together, right up to the end. Harris locates poignancy and fresh meaning in events both historical and personal.