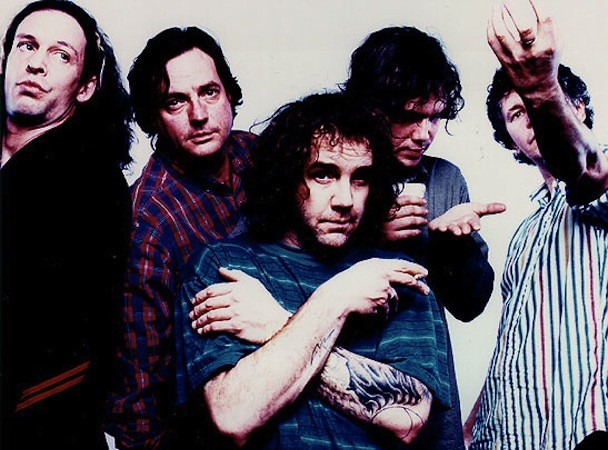 Guided by Voices is an American indie rock band formed in 1983 in Dayton, Ohio. It has made frequent personnel changes but always maintained the presence of principal songwriter Robert Pollard. The most well-known lineup of the band consisted of Pollard, his brother Jim, Mitch Mitchell, Tobin Sprout, Kevin Fennell, and bassist Greg Demos. Noted at first for their lo-fi aesthetic and typically Portastudio four-tracks-to-cassette production methods, Guided by Voices’ music was influenced by early post–British Invasion garage rock, psychedelic rock, progressive rock, punk rock and post-punk. Due to their prolific output, releasing 30 full-length albums along with many other releases, they have garnered a dedicated cult following with songs that are in the two-minute range, with many which are even shorter.