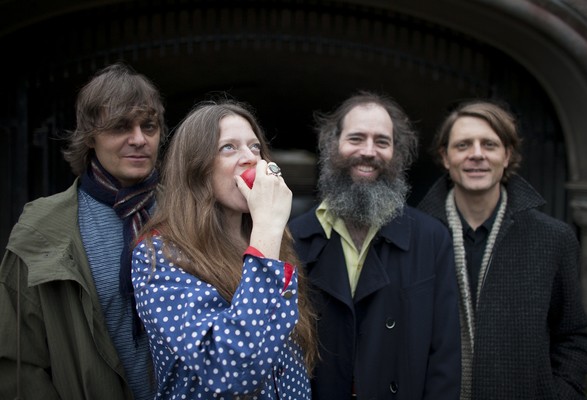 Heron Oblivion is an American psychedelic rock supergroup that first performed in April 2014, when they opened for the War on Drugs. Its members, all of whom were active in the psych-rock scene in the mid 2000s, are: singer and drummer Meg Baird, bassist Ethan Miller, guitarist Noel Von Harmonson, and second guitarist Charlie Saufley. The band released its first album, which was self-titled, on March 4, 2016 on Sub Pop Records.