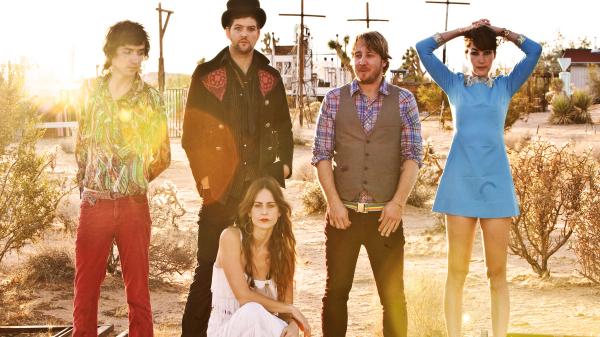 He’s My Brother She’s My Sister is a band formed in Los Angeles, California. This folk group has been influenced by a wide range of genres ranging from pop, country, and punk among others. Formed by actual brother-sister duo Robert and Rachel Kolar, the group now consists of five members. The band features a Tap Dancing Drummer, Lauren Brown, known for inventing her own unique style of full body percussion. Rachel Kolar Rob Kolar Lauren Brown Oliver ‘Oliwa’ Newell Ryan Richter They have played over 150 shows and their first full-length album, Nobody Dances in This Town, was released on October 9, 2012. Band member Rob Kolar currently scores The Detour on TBS, which also features the music of He’s My Brother She’s My Sister. The Detour made its television debut on April 11, 2016.