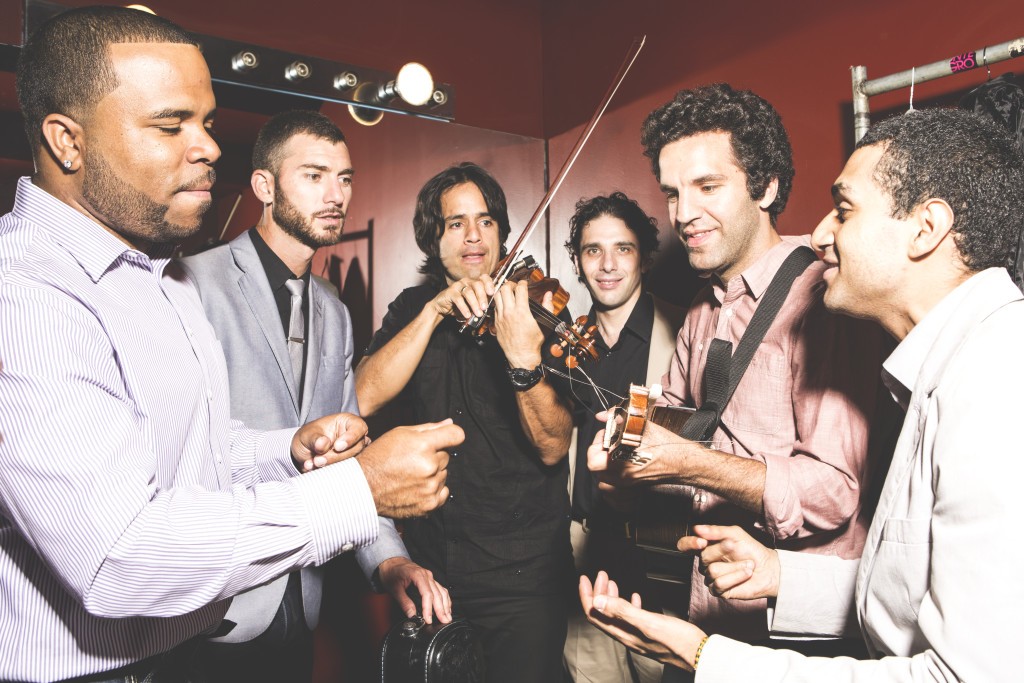 Brooklyn’s Los Hacheros, modern-day torchbearers of the Golden Age of Latin music, recorded their sophomore album Bambulaye (February 26 / Chulo / Daptone Records) live to vintage analog tape, giving the music a raw, but warm and open sound similar to the Latin legends that have inspired them.

Their debut album Pilon was a well-received introduction to the band and received critical praise from tastemakers including Wax Poetics, Vibe Magazine, and The Washington City Paper, amongst others. Wax Poetics states, “The groove to this music is deep,” while The City Paper boasts, “…its solid arrangements and lively original songs have impressed old-school salseros and young music fans alike.”