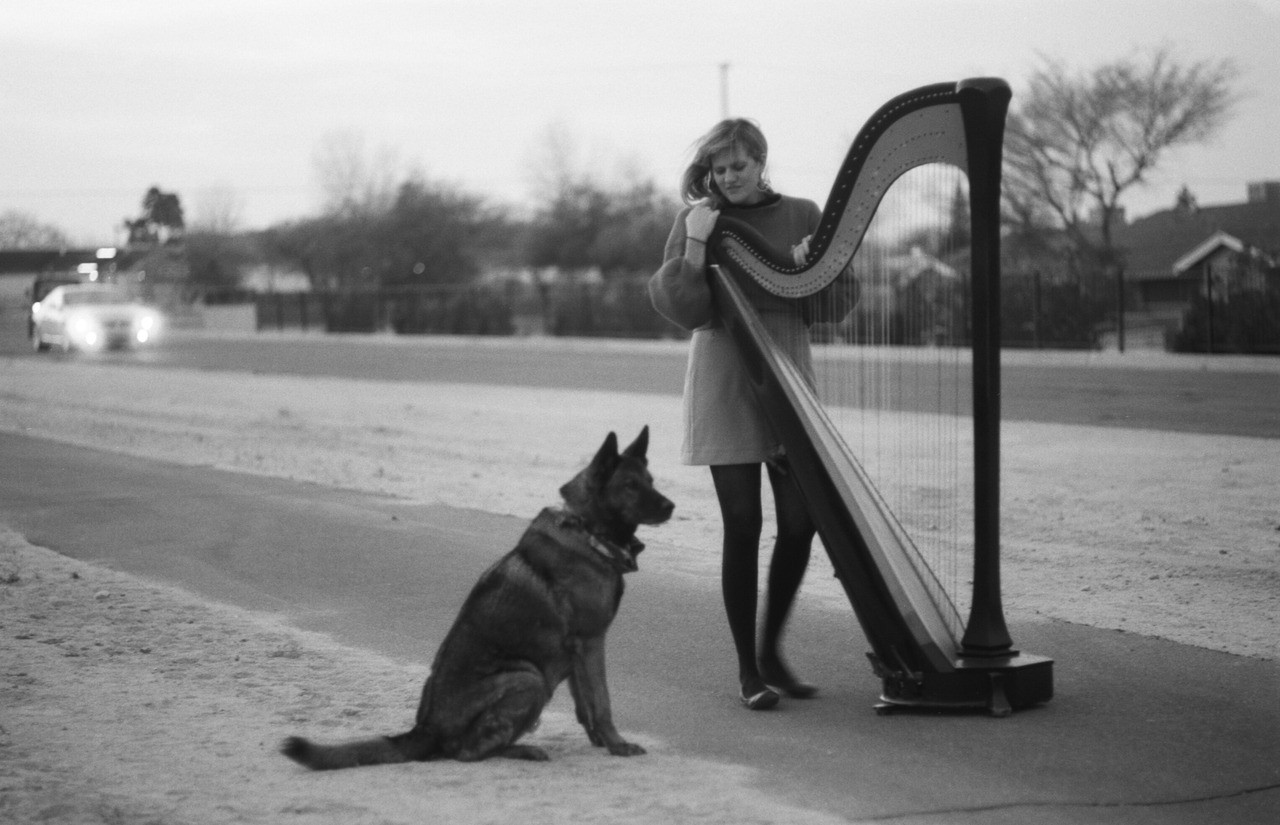 Mary Lattimore is a harpist living in Los Angeles. She experiments with her Lyon and Healy Concert Grand harp and effects. Her solo debut, The Withdrawing Room, was released in 2013 on Desire Path Recordings. Mary also writes harp parts for songs and recordings. She has performed and recorded with such great artists as Meg Baird, Thurston Moore, Sharon Van Etten, Jarvis Cocker, Kurt Vile, Steve Gunn, Ed Askew and Fursaxa. Mary has been a part of soundtrack projects including the Valerie Project, Lopapeysa, a film by David Kessler set in Iceland, and the film score for Marina Abramovic: the Artist is Present, a documentary about the artist. In March 2013, she accompanied Nick Cave’s beautiful horse soundsuits for the 100th anniversary of Grand Central Station in New York City.