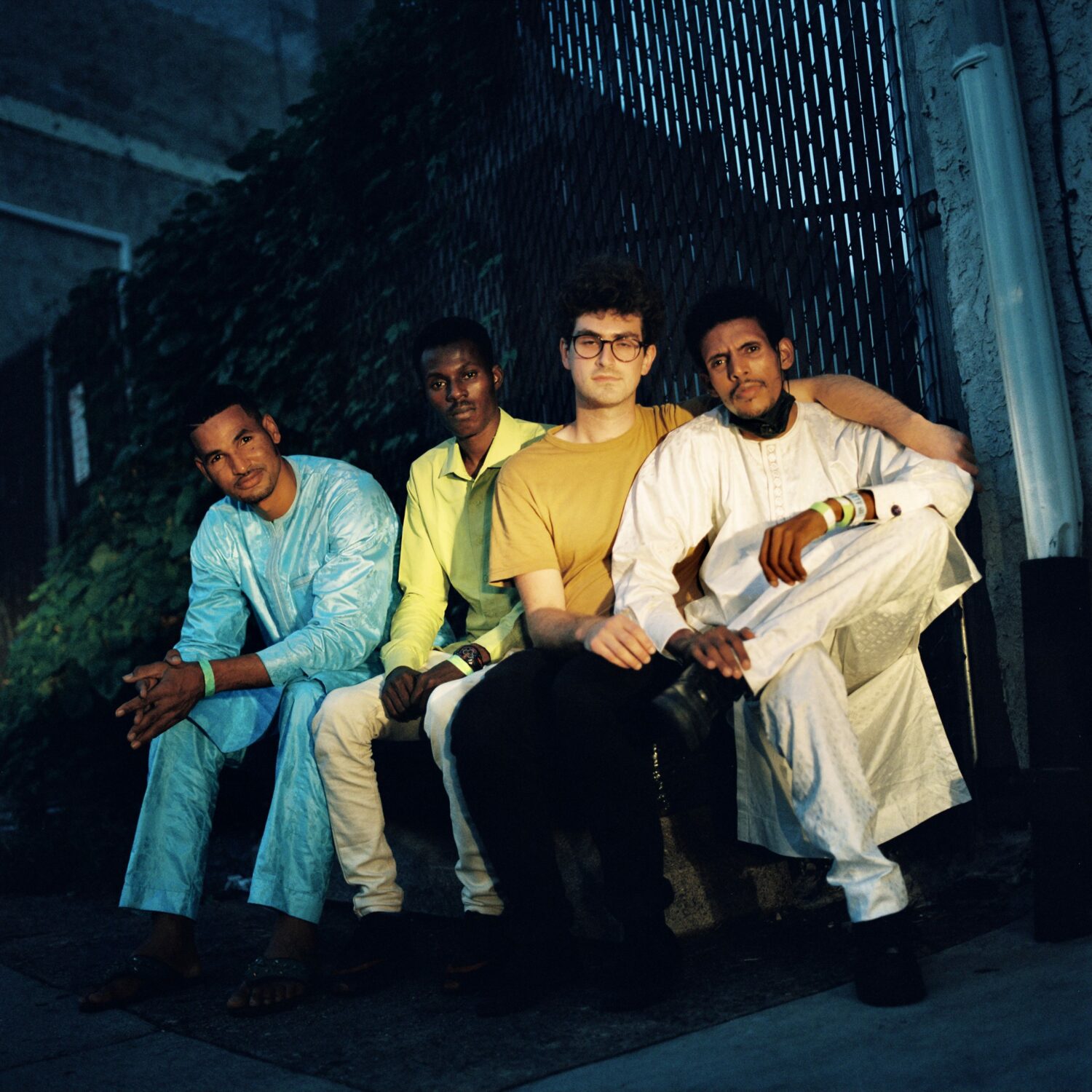 Mdou Moctar’s home is Agadez, a desert village in rural Niger. Inspired by YouTube videos of Eddie Van Halen’s six string techniques and traditional Tuareg melodies, he mastered the guitar which he himself built and created his own burning style. A born charismatic, Mdou went on to tell his story as an aspiring artist by writing, producing & starring in the first Tuareg language film: a remake of Purple Rain called Akounak Tedalat Taha Tazoughai – which translates to “Rain The Color Of Blue With A Little Red In It”, winning the approval of his family and his community. The word and the sound travelled across West Africa via mobile phone data cards, a popular form of local music distribution. Gruelling DIY world tours and albums on the independent US label Sahel Sounds followed, including 2019’s landmark Ilana: The Creator album that earned Mdou Moctar an ecstatic international audience.