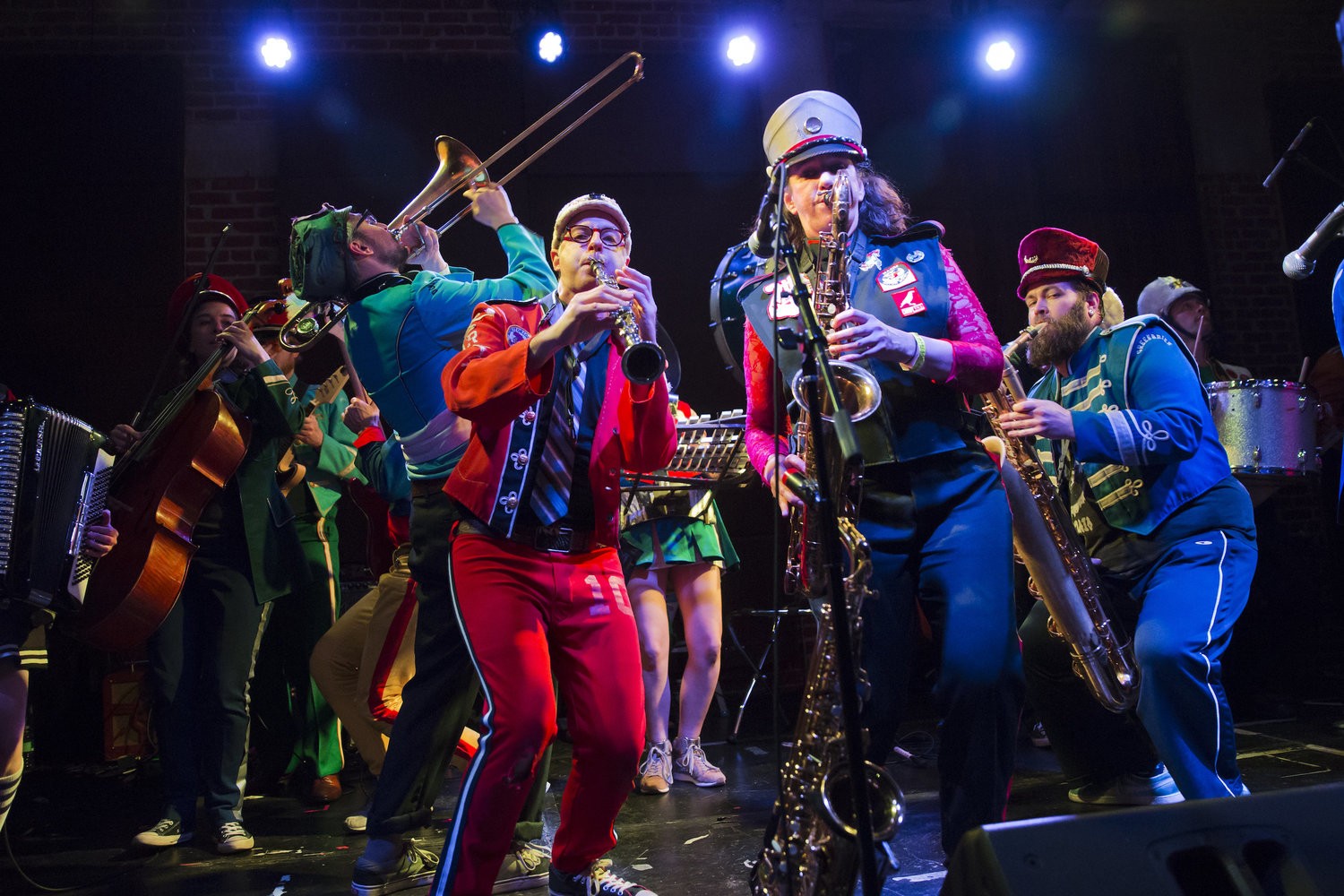 Mucca Pazza assembled itself in a steel mill parking lot along the Chicago river in 2004. Combining marching band traditions and street theater experience with rock ‘n’ roll sensibilities, Mucca Pazza quickly found a home for its 30-odd members in the thriving Chicago underground music scene. Their eccentric, frenetic visual presence, and genre-bending original compositions earned them critical praise and a loyal local following. Before long, with their live show’s reputation preceding them, Mucca Pazza began to branch out, appearing on Late Night with Conan O’Brien and performing at numerous music festivals like Lollapalooza, Lincoln Center’s Out of Doors and the Montreal Jazz Fest.