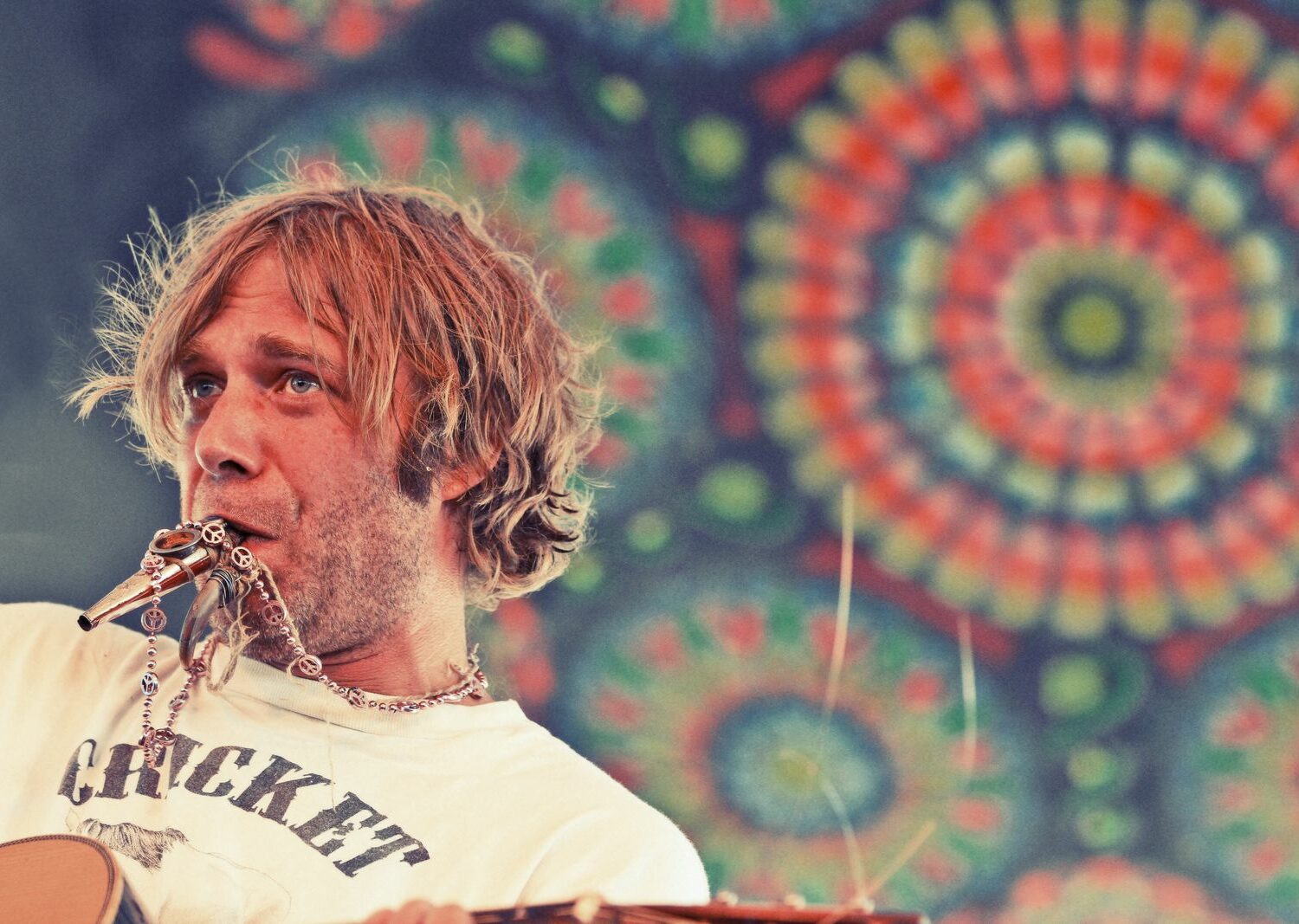 A bearer of the coveted Telluride Troubadour Award (2009), Nathan Moore is a pioneer of modern day troubadouring and a wellspring of songs like you wouldn’t believe. His love of poetry, songs and mischief has shaped his colorful, prolific career. He’s a founding member of both ThaMuseMeant and Surprise Me Mr. Davis, two bands that have toured the country extensively. There are a lot of folks out there that will tell you that one of these two bands is one of their favorite bands of all time. Between his solo career and his bands, Nathan has released 21 albums. From storytelling songwriter to rock band frontman (with a dash of magic here and there), Nathan has done it all with a disarming honesty and lyrical revelry that few could pull off.