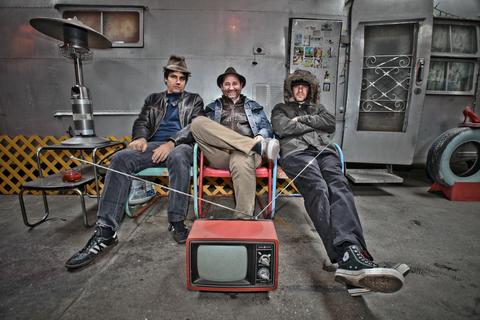 Formed in Memphis in 1993, the Oblivians are Greg Oblivian (aka Greg Cartwright), Eric Oblivian (aka Eric Friedl) and Jack Oblivian (aka Jack Yarber). The trio released their debut LP Soul Food in 1995, followed by 1996’s Popular Favorites and 1997’s …Play 9 Songs with Mr. Quintron. In both their live shows and recordings, the three members alternate between instruments, each playing guitar, drums and singing lead vocals.