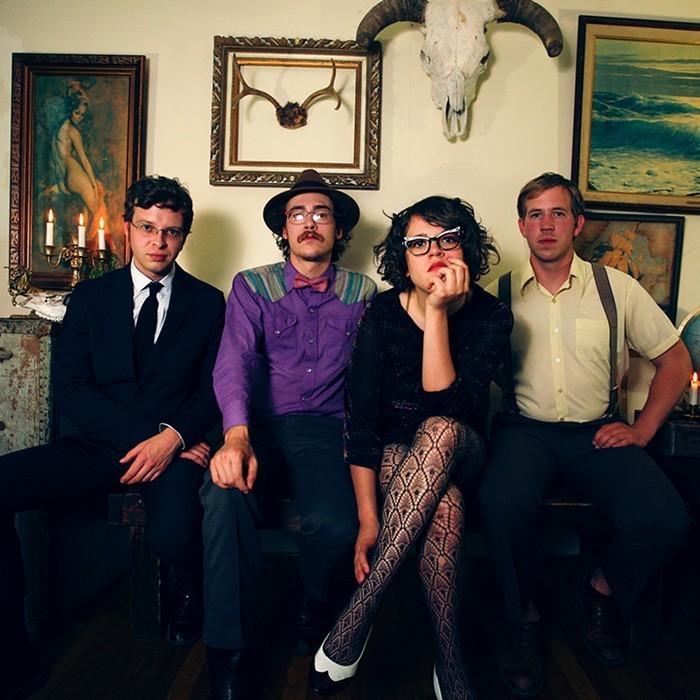 Sallie Ford and the Sound Outside was an American rock band from Portland, Oregon. The band has been described as “Rockabilly”, or as having a “raw soul” 1950s rock-and-roll energy sound. Sallie Ford describes it as “Rock n Roll” and that people find it “more rockin’ than they expected.” The group received positive reviews from USA Today’s music critic Whitney Matheson and from The Oregonian critic Ryan White. In 2011, they signed a record deal with Partisan Records and released their first full-length CD Dirty Radio in May, began a US tour in June, and in August, performed on the Late Show with David Letterman. Sallie Ford is the daughter of puppeteer Hobey Ford, and grew up in Asheville, North Carolina before moving to Oregon. In Portland, she worked as a waitress, and met Alaskan fisherman Tyler Tornfelt and Ford Tennis and Jeff Munger who were “scraping by”.