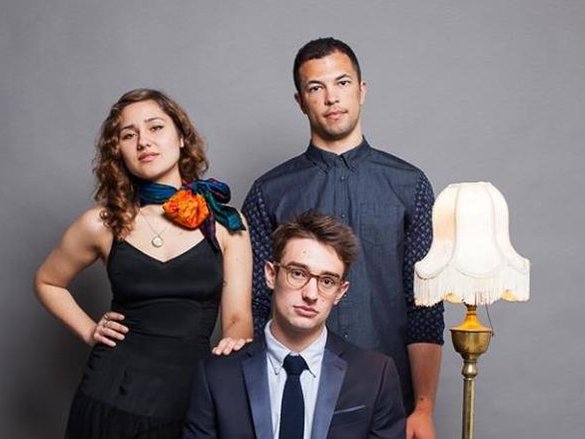 San Fermin is an American indie rock collective, led by Brooklyn-based composer and songwriter Ellis Ludwig-Leone. Known for combining indie rock, pop, and classical influences into lush compositions, they released their self-titled debut album on Downtown Records in 2013. This was followed by the records Jackrabbit and Belong in 2015 and 2017, respectively. Their fourth album, a double album titled The Cormorant I & II, was released in full in March 2020. San Fermin generally perform as an eight-piece group, pairing traditional rock instrumentation with baritone saxophone, trumpet, and violin. The group has alternating lead vocalists, including co-founder Allen Tate and formerly Charlene Kaye.