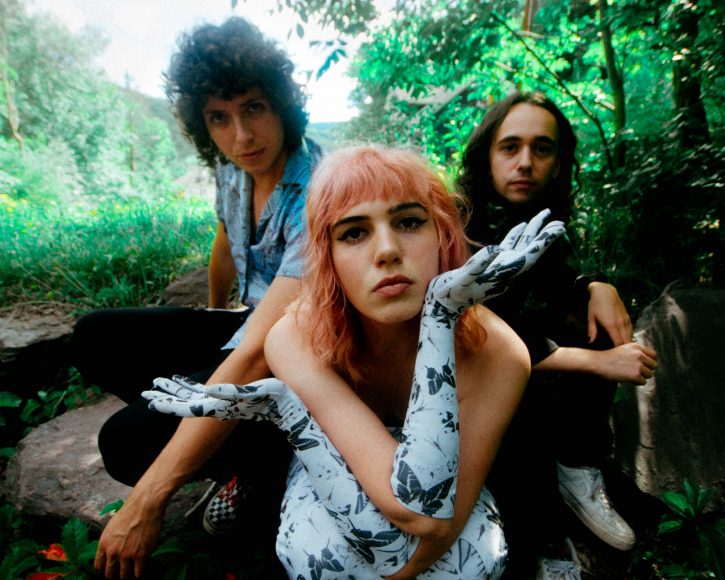 Sunflower Bean is an indie rock trio out of NYC. Formed in late 2013 with singer/guitarist Nick Kivlen, singer/bassist Julia Cumming, and drummer Jacob Faber — all in high school at the time — they quickly earned attention for their alternately rock-edged and dreamy guitar tunes, after their first EP, Show Me Your Seven Secrets, arrived in January 2015. Later that year they were invited to open on tours for the likes of DIIV, The Vaccines, and Best Coast. Their debut album, Human Ceremony, was issued by Fat Possum in early 2016. They toured Human Ceremony internationally for the next year and half, playing heavily in the UK, Europe, Japan, and China. In 2017, they were the direct support for both the Pixies and Wolf Alice.