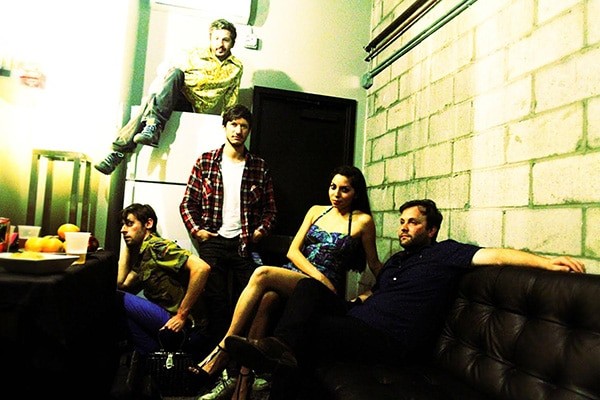 Superhuman Happiness is a musical house designed by Stuart Bogie and built and maintained by a cast of musicians and artists primarily in and around the city of New York. In October of 2014, the band released the single “Catch A Break,” ushering in a new sound that features vocalist Andrea Diaz. The song was composed by Bogie with his longtime collaborator, Eric Biondo. The lyric addresses city life, and living on the hamster wheel of ambition and survival. “Catch a Break” was produced by Royal Potato Family label mate Sam Cohen and mixed by Chris Tabron. The single is the first in a series of releases revealing Superhuman Happiness’ discoveries in sound and poetry.