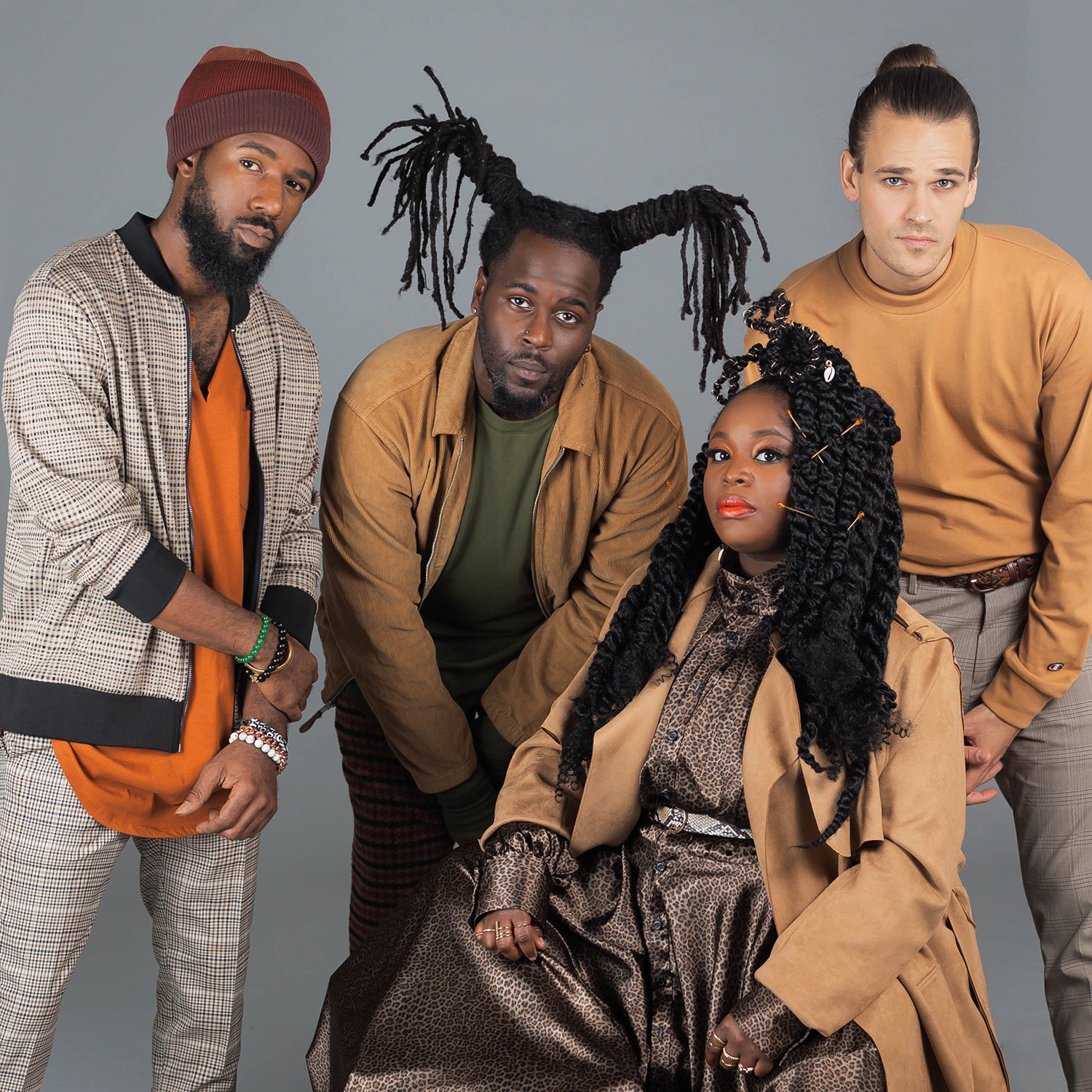 Tank and The Bangas don’t go anywhere quietly. Sitting around a dimly lit room in London’s neighborhood of Camden Town, vocalist Tank Ball, bassist Norman Spence, drummer Joshua Johnson and saxophonist Albert Allenback can’t go mere minutes without bursting into play fights, or talking over one another, or laughing from their deepest guts. They are a beacon of life. And it’s that life that you hear in their music. That’s what makes this fivepiece one of the most thrilling, unpredictable and sonically diverse bands on the planet; a unit where jazz meets hip-hop, soul meets rock, and funk is the beating heart of everything they do. Their new album Green Balloon is on the horizon, and it’s their first release now they’re signed to major label Verve Forecast – a deal that came after they won NPR’s Tiny Desk Contest in 2017, beating out hundreds of other acts.