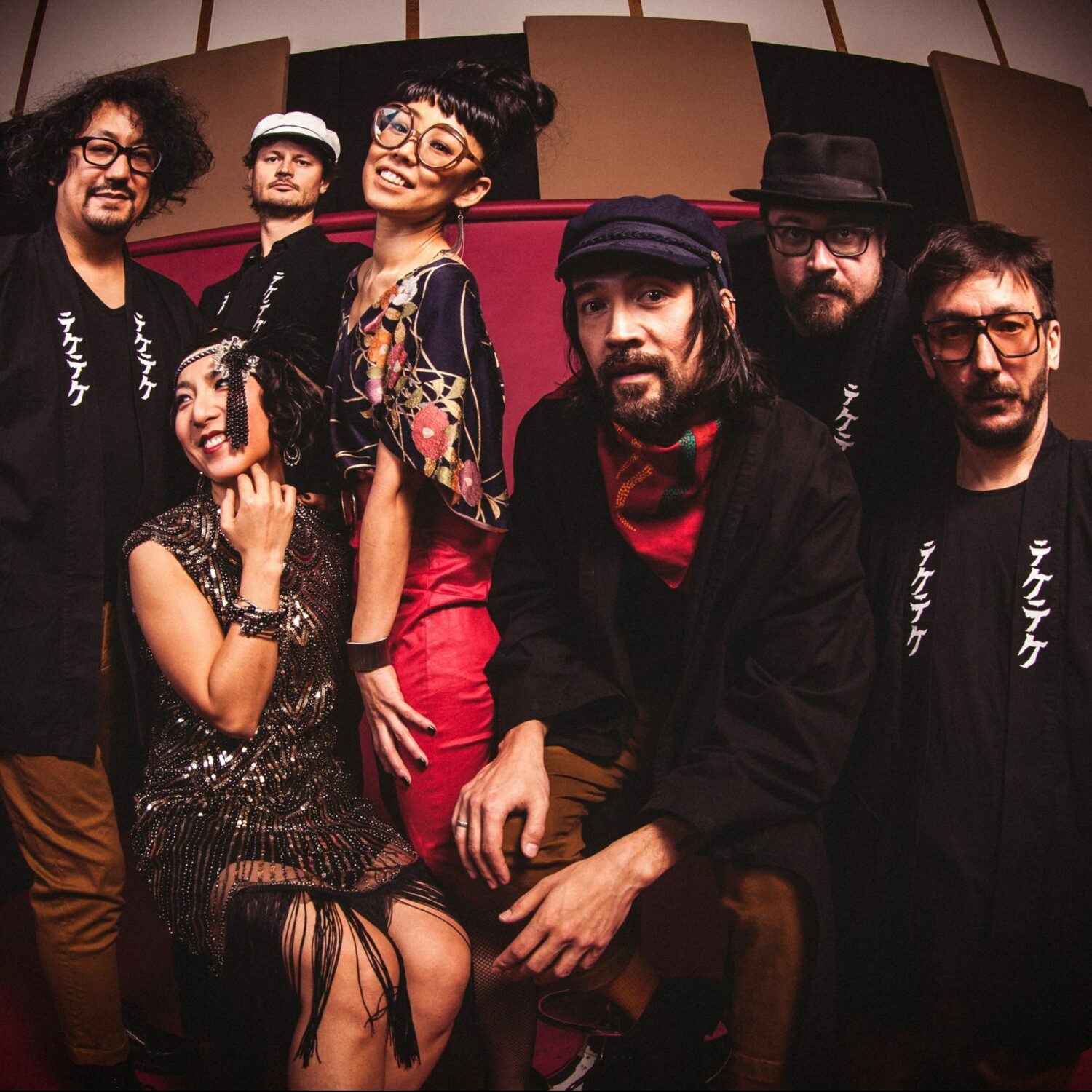 On their debut album Shirushi, Japanese psych-rock band TEKE::TEKE blend classic Japanese balladry and surf rock to produce a set of songs that play like soundtracks to a wildly eccentric epic film saga. From the spiritual tale of “Yoru Ni,” which Paste describe as if “Tarantino directed a Bond film,” to the stomping adventure ride of “Kala Kala” and the doomed romance of “Dobugawa”, the Montreal-based seven-piece find a mystic cohesion that plays like a punk-rock circus. By tearing apart roaring guitar riffs, folk instrumentation, poetic Japanese lyrics, and big band energy, Shirushi builds a dazzling mosaic of styles and eras. ‘Shirushi’ is out now via Kill Rock Stars with the New Yorker calling it a “cross-continental musical scramble, flirting with detonation.”