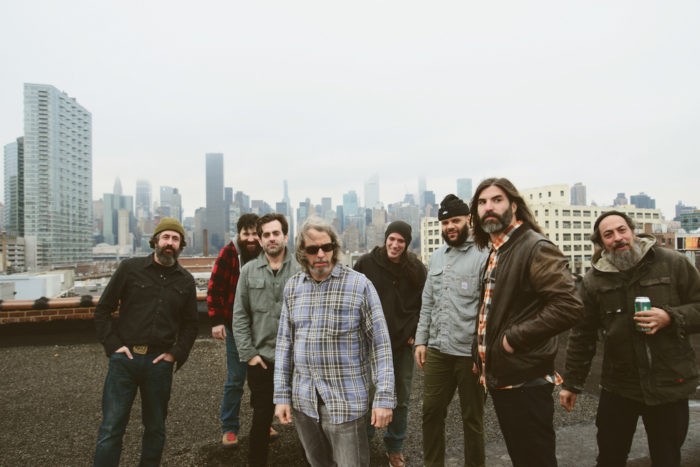 The Budos Band is an American instrumental band from Staten Island, New York, formed in 2005. AllMusic describes the group as a “doom rock Afro-soul big band with a ’70s touch” that joins “musical universes from trippy psychedelia and Afro-funk to ’70s hard rock and late-’60s soul.” They have described themselves as “70’s Psychedelic Instrumental Music,” and “Afro-soul inspired by Ethiopian music with a soul undercurrent” and “sprinkled a little bit of sweet 60’s stuff on top.” One reviewer described the band as “sounding as if Quentin Tarantino was the music supervisor for a Bond film”. Their more recent albums have incorporated sounds from 1970s jazz, funk, Afro-Beat, underground rock, and proto-metal. They have been signed to Daptone Records throughout their career.