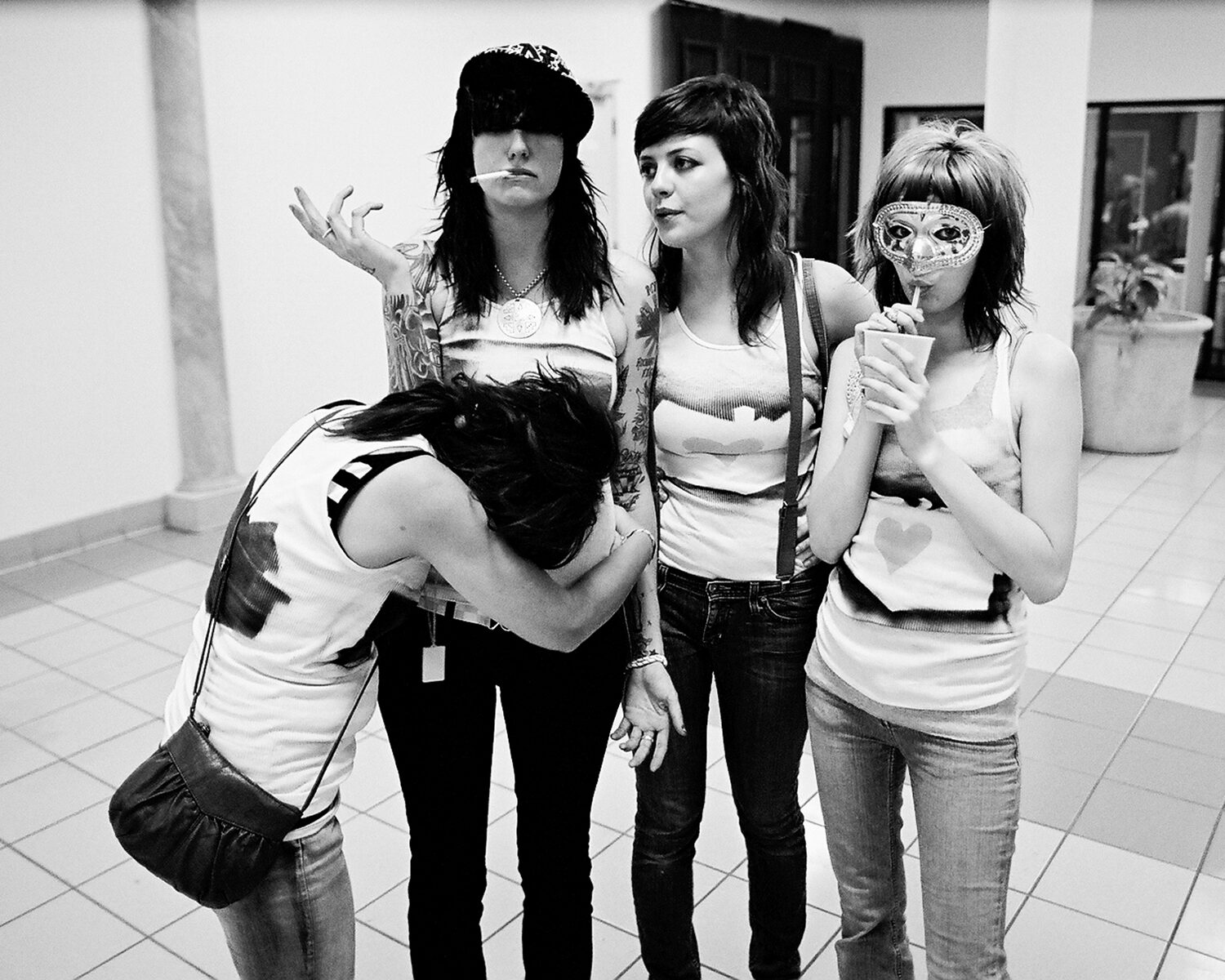 Fourteen years ago, four young Atlanta women picked up instruments without any prior musical experience or lofty aspirations and decided that they were going to start a band so that they could play a friend’s party. The house-show led to more shows around town, and the fiery live sets of this feisty new band known as The Coathangers begat a self-titled album. Recorded during a single graveyard shift at a local studio and mixed the following night, The Coathangers was a raw, rowdy, and revelrous affair. What it lacked in polish it made up for in its undeniable energy and charisma. “We didn’t think anyone was going to listen to it,” says vocalist/guitarist Julia Kugel. “We knew our friends in Atlanta would get it, but we didn’t think it was going to go anywhere. We were just excited to make a record.” Little did Kugel or her bandmates—vocalist/drummer Stephanie Luke, bassist/vocalist Meredith Franco, and keyboardist Candice Jones—know that their scrappy house show-anthems would catch on, prompting years of international tours, a slew of excellent LPs and singles, and, eventually, a deluxe re-mastered version of their boisterous, long out-of-print debut, The Coathangers.