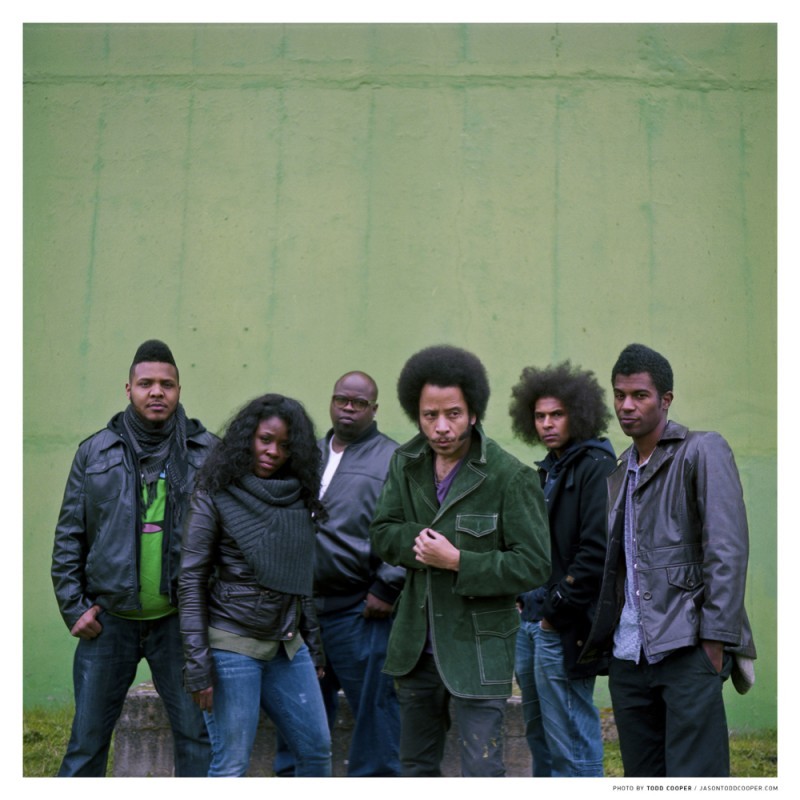 The Coup is an American hip hop band from Oakland, California. Their music is an amalgamation of influences, including funk, punk, hip hop, and soul. Frontman Boots Riley’s revolutionarily-charged lyrics rank The Coup as a renowned political hip hop band aligned to radical music groups such as Crass, Dead Prez and Rage Against the Machine. The Coup’s music is driven by assertive and danceable bass-driven backbeats overlaid by critical, hopeful, and witty lyrics, often with a bent towards the literary. The Coup’s songs critique, observe, and lampoon capitalism, American politics, white patriarchal exploitation, police brutality, marijuana addiction, romance, and disparities among races and social classes.