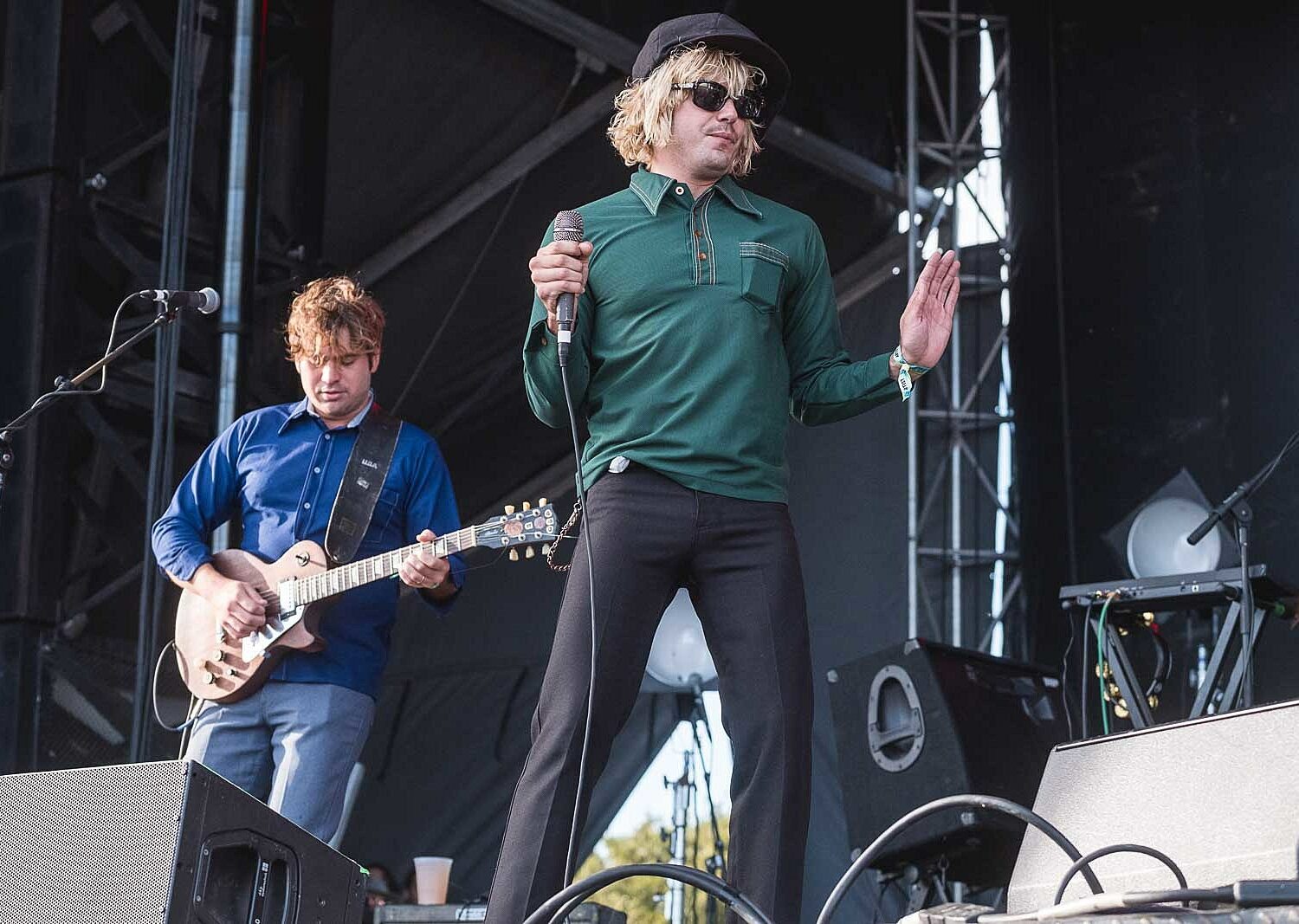 The Growlers are an American band from Southern California. They began their career in the Orange County city of Dana Point, California in 2006. They are currently based in Costa Mesa. The band is currently composed of singer Brooks Nielsen and keyboard player/guitarist Kyle Straka. They have released seven albums, several EPs and a number of singles. The band’s sound has been described as “a trademark style of music that somehow combines surf, pop, rock and beat” which has been labeled “Beach Goth”.