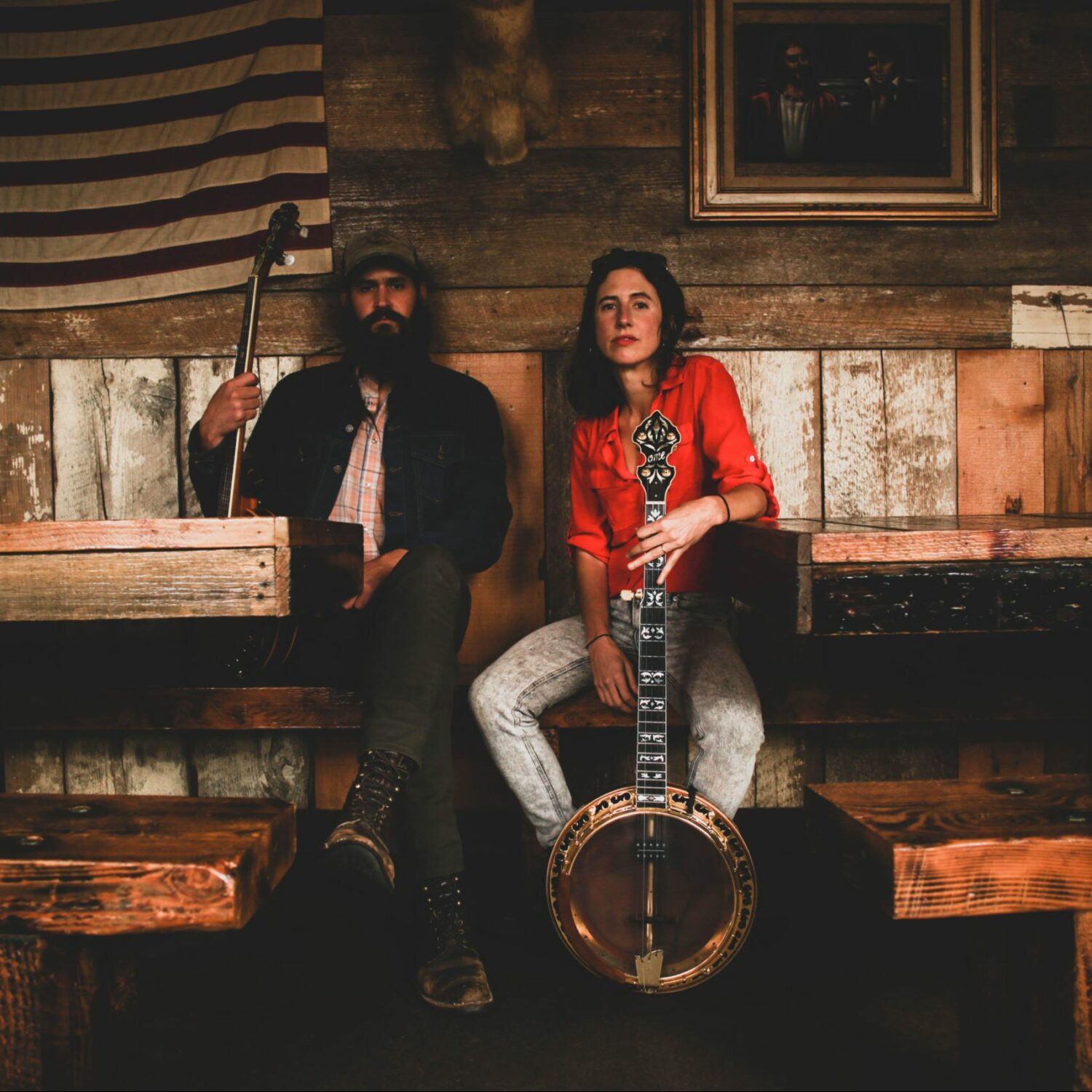 Kendl Winter and Palmer T. Lee are two kindred spirits who first met on the banks of the Mississippi while touring the Midwest festival circuit. Born and raised in Arkansas, Winter found herself drawn to the evergreens and damp air of the Pacific Northwest, as well as the boundless music scene of Olympia, Washington. She released three solo records on Olympia-based indie label, K Records, and performed in ramblin’ folk bands and anarchic punk bands before serendipitously meeting Palmer T. Lee in 2013. Lee had built his first banjo when he was 19 from pieces he inherited and began cutting his teeth fronting Minneapolis string bands before convincing Winter that they should form a banjo duo. Now, as The Lowest Pair, they have recorded and released five albums together, relentlessly toured North America, and ventured to the UK twice, playing over 500 live shows over the past five years.