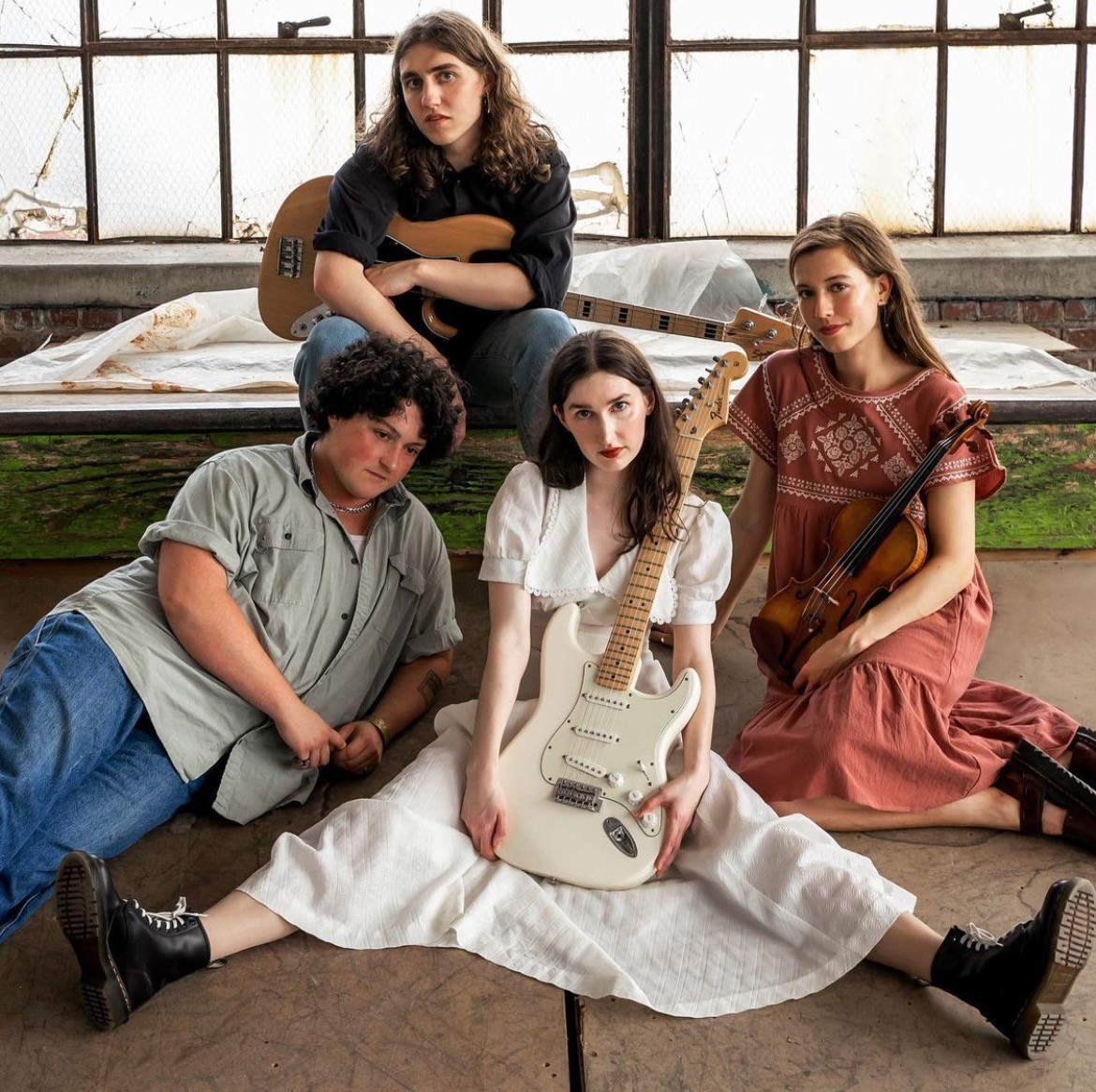 After the critically acclaimed Almost opened The Ophelias to a world beyond their Cincinnati home in 2018, the indie rock quartet craved a return to a sense of community. “It was surreal for this time capsule of events and feelings, songs written early in college, to be reviewed in outlets like the New York Times,” recalls vocalist/guitarist Spencer Peppet (she/her). The band members no longer lived in the same city—Peppet and new bassist/longtime music video collaborator Jo Shaffer (they/them) live in New York, while drummer Mic Adams (he/him) and violinist Andrea Gutmann Fuentes (she/her) remained in Ohio. In the time since Almost, a fair amount changed: the band members all graduated from college, Shaffer joined as the new bassist, and Adams came out as transgender and started HRT. So when it came time to record the candid, expansive Crocus, The Ophelias purposefully focused on the experimental, communal spirit that fueled their first record. Through songs equally infused with references to the Bible and The Twilight Zone, The Ophelias wring mystic emotion out of the spaces between their past, present, and future.