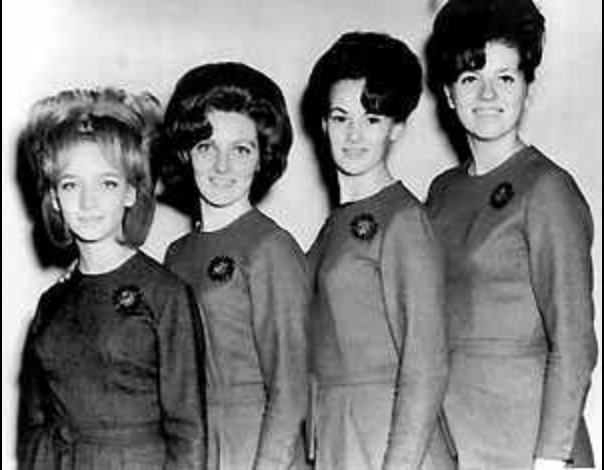 The Teardrops were formed around 1961 by two friends, Dorothy Dyer and Linda Schroeder, (both were 14 at the time) in Cincinnati, Ohio. During 1962-63 the trio was performing at local teen venues in Cincinnati until they were spotted by musician/arranger Bud Renea. They signed with Bud and Paul’s Saxony Records in 1964. The quartet recorded “Tonight I’m Gonna Fall In Love” / “That’s Why I’ll Get By” in the fall of 1964, It received local airplay in Cincinnati, and in other cities across the US. The Teardrop’s local success had them opening for The Beach Boys and Sonny and Cher.