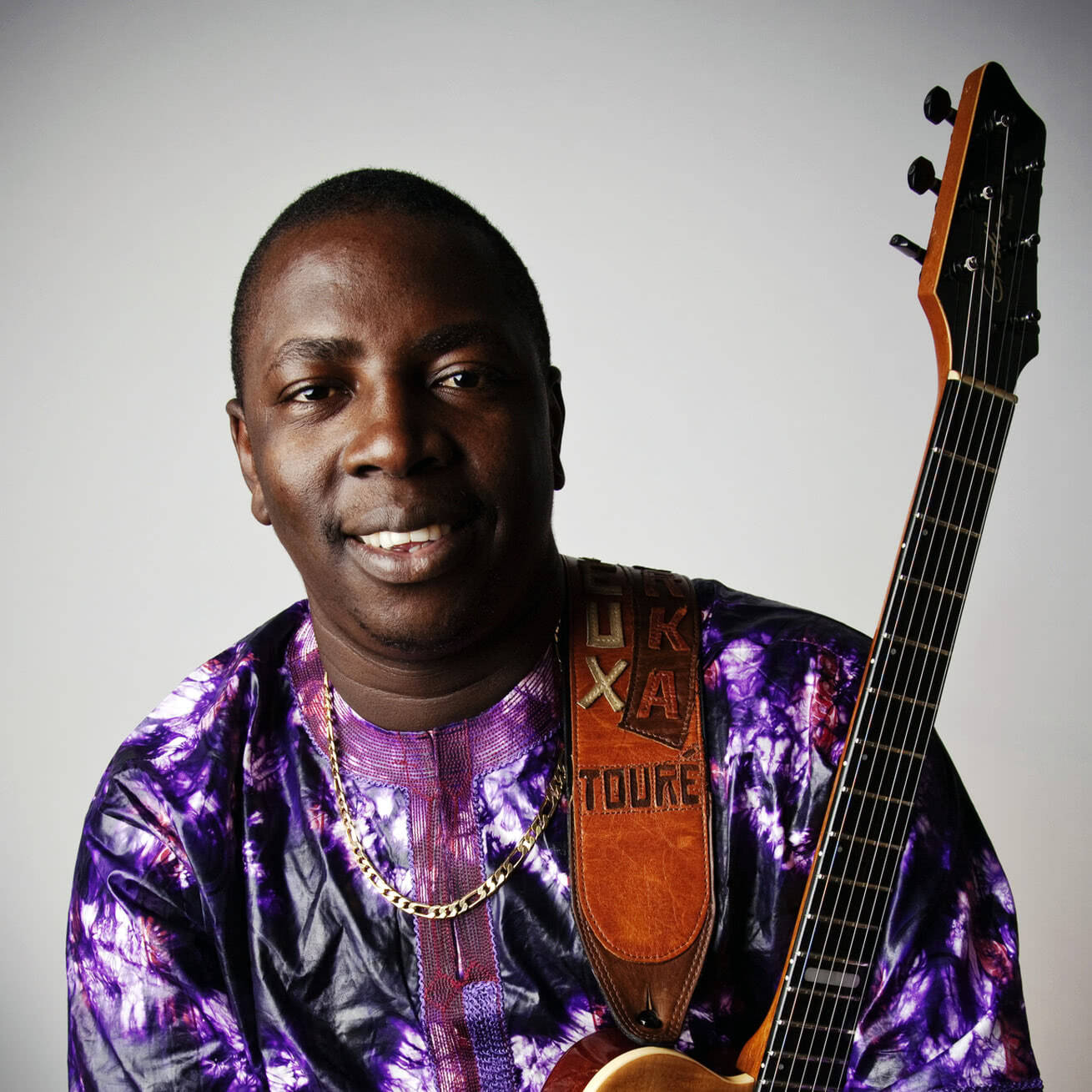 Vieux Farka Touré is a Malian singer and guitarist, and son of one of the African continent’s most internationally renowned musicians Ali Farka Touré.

Vieux grew up in Mali’s capital, Bamako, as well as in his father’s hometown of Niafunké in the Sahara desert and proved himself a precocious talent as a drummer and calabash player. Ali, however, grew concerned about his son’s future as he observed his son’s budding musical gifts. Having long suffered in the music industry himself before finally finding a home with World Circuit Records, Ali did not want his son to have to face the same hardships. He forbade Vieux to play music and decided that Vieux should become a soldier instead. Vieux, as stubborn as his father’s moniker FARKA (donkey) suggested, began instead to play along with his father’s recordings in hiding, determined to pursue his musical aspirations.