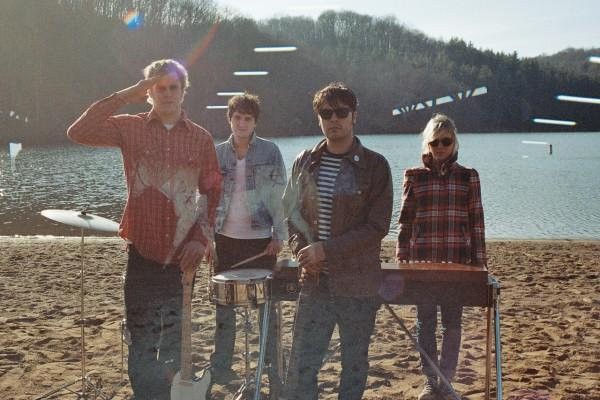 An energetic and wonderfully ragged-sounding rock & roll quartet out of Ohio, Wheels on Fire sounds at times like a vintage late-’60s garage band but the group’s gleefully unhinged approach would be welcome in any decade. Members include singers and guitarists Michael Chaney and John Garris, keyboardist Susan Musser, and drummer Matthew Chaney, and the lack of a bass player gives the band a surprisingly sharp and raw sound, marked by blistering guitars and dual lead vocals (and plenty of attitude). The group recorded several rough demos in their basement in the summer of 2008 which came to the attention of Bruce Watson at Fat Possum Records, and the label released (in conjunction with Big Legal Mess Records) the best of these as an album, Get Famous!, in 2009, as well as a 7″ EP sampler called I’m Turning into You.